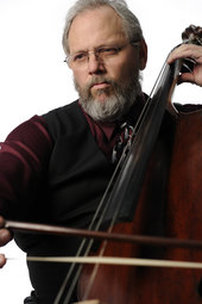 Paul Johnson earned his Bachelor of Music degree in 1980 from St. Olaf College in Northfield Minnesota before earning his Master of Music degree in 1986 at the Peabody Conservatory of the Johns Hopkins University. A “Liberace Foundation Scholar” during his graduate years of study, Mr. Johnson is currently a faculty member and chair of strings at the Peabody Conservatory. Previous positions include faculty appointments at Towson State University, Goucher College, and Baltimore School for the Arts. In 1999, Mr. Johnson was the recipient of The Johns Hopkins Alumni Association Excellence in Teaching Award.
Mr. Johnson's playing positions have included principal bassist for the Baltimore Opera Company, Concert Artists of Balitmore, Annapolis Symphony Orchestra, and the Harrisburg Symphony Orchestra. His major teachers include Eugene Levinson and Harold Robinson.  Mr. Johnson currently plays as a freelance musician the Balitmore, Washington DC, and Philadelphia, as well as being an active clinician and adjudicator on the East Coast.